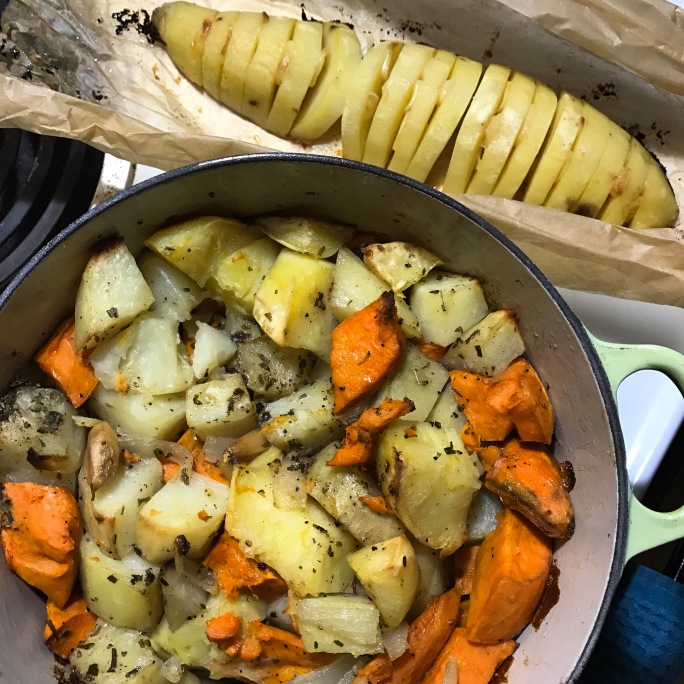 Some things do receive closure we can recognize.

19 years ago I unknowingly wrote down a prophetic dream I had about being handed a white banana snake. In the dream, I was assured it wouldn’t hurt me. But it bit me repeatedly and its fangs clung to and stung my skin. My shock was about the blatant lie I was told, and apathy I received, more than the effect the snake had on my skin. I found the recounted dream 3 years ago in a file of my old writing. I was stunned to realize that that relationship had just ended 9 months earlier…

The other night I roasted some root vegetables for a gathering to acknowledge the closure of the old life and welcome the new Light energy for healing the Earth. This evening, in reviewing a picture I took of the roots, I recognized the “white banana snake” in the sliced sweet potato… How perfect.

I ate it for breakfast this morning.

Kombucha (fermented tea) inspires me. In my family, we never get tired of drinking it. It’s the “go-to” drink when we are thirsty after playing outside or when we need a little pick-me-up between meals, or during a light meal. I have found that it settles my stomach when I’ve eaten one of my wayward culinary experiments! Happily though, those wayward experiments don’t happen too often. One member of my family says that it feels like it is a good pH balancer for his body, neither acidic nor alkaline. Here is what I found on wikipedia as to the history of kombucha:

Kombucha originated in Northeast China or Manchuria and later spread to Russia and from there to the rest of the world.[9] In Russian, the kombucha culture is called chainyj grib чайный гриб (lit. “tea fungus/mushroom”), and the fermented drink is called kombútja комбутя, grib (“fungus; mushroom”), or chainyj kvas чайный квас (“tea kvass“).

It was brought to Russia sometime before 1910 and spread from there to Germany and Europe.[10]

Some promotional kombucha sources suggest the history of this tea-based beverage originated in ancient China or Japan, though no written records support these assumptions (see history of tea in China and history of tea in Japan). One author reported kombucha, supposedly known as the “Godly Tsche [i.e., tea]” during the Chinese Qin Dynasty (221-206 BCE), was “a beverage with magical powers enabling people to live forever”.[11] “

Read more on the link above, from wikipedia. The page needs a little help, but it’s a start for the curious person. There are many sites that talk about it as well. So do your digging as you feel inspired! I’m going to add my .02¢ by talking about how I make it and what I think of it. I’ve had several variations since starting my first batch early this year. Many of them have been good ones. The fun thing about it is that you can vary the tastes, from batch to batch. And, I find it a nice “rhythm” of semi-delayed gratification since each batch takes about 14 days to mature to the preferred drinkable state we like at our house. We haven’t had any alcoholic content in ours. When I do “pull” a batch that has rested for more than 20 days, it tastes more like vinegar and is thicker, rather than the ratio of sweet:not-sweet that we prefer. 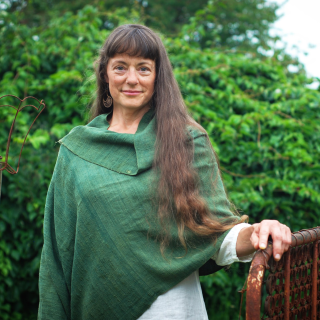 Erika is a professional intuitive practitioner who combines a variety of ancient and familiar forms of communication and storytelling. She dives deep in pastel paintings, and natural henna paste, to respond to clients questions, illuminating messages of spirit and soul. Her mission for clients, students, and groups is to be a guide on life initiations, transitions, and to awaken new possibilities through visual means, written word, and ceremony. For nearly 30 years, Erika has been professionally developing a healing creative path with hands-on healing, for moving through life transitions and supporting clients in the same. FB: Spirit Bird Intuitive Arts Instagram: @ErikaRado